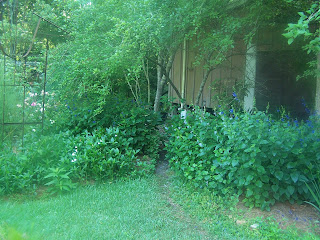 antique rose, turk's cap, and salvias, all getting along nicely
beneath shade at our west wall............

Year in and year out, Lydia and I both agree that the first of May represents the absolute peak bloom time around our place in northern Lafayette parish. 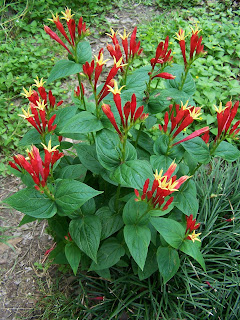 also known as "pink-root" Indian pink was nearly collected out
of existence because of its efficacy as a vermifuge back in the day...


Indian pink (Spigelia marilandica), my all-time favorite wildflower, reaches peak bloom during the first week of May. It really loves that our gardens are getting shadier by the year, for it thrives in rich black soil beneath the tree canopy. Over the years it has seeded itself beautifully around the place – which is a very good thing since it produces relatively few seeds to begin with, and is very difficult to root from cuttings. 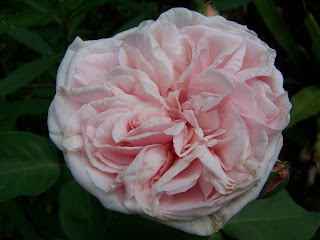 
Most of our antique roses peak out in May. We've placed them in many sunny spots so that everywhere you turn there's another fragrant bouquet to take in. That's called aroma therapy. It really works. 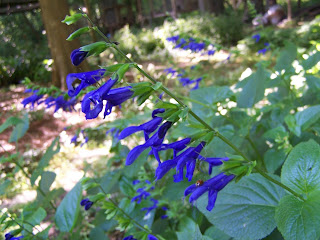 native to the mountains of South America, anise sage must like something about
the coastal plain of the southern U.S. ..... it is a long-blooming, long-lived perennial here..... 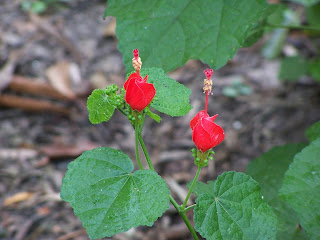 Anise sage (Salvia guaranitica) begins its long 20+ week bloom season in May. It, along with its pale-blue color variant, Salvia g. 'Argentine Skies' have naturalized into big/dominant colonies around here. Throw in some southern shield fern, turk's cap (Malvaviscus drummondii) and native tropical sage (Salvia coccinea) for some additional texture and color, and you've got the makings for a fine shade garden all summer long. 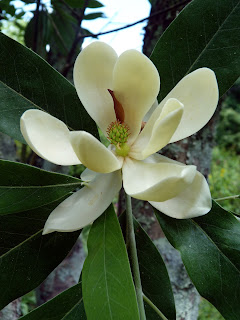 Possessing perhaps the most intoxicatingly-penetrating bloom fragrances of all our native trees is sweetbay magnolia (Magnolia virginiana). Get a whiff of this citrusy-rose perfume and you'll swear off that of the better known southern magnolia (Magnolia grandiflora). One of my college botany professors likened the fragrance of southern mag blooms to that of a sour dishrag. Before you disagree, take a long, objective whiff whenever you get the chance... 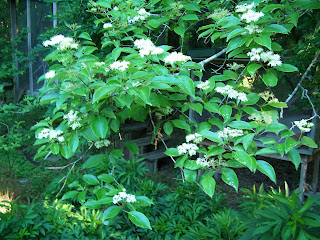 Not near so refined nor so fragrant as sweet-bay magnolia, rough-leaf dogwood (Cornus drummondii) is nevertheless blooming away at this time, promising a motherlode of fruits for vireos, flycatchers, thrashers, catbirds, and others by the end of the summer. Since hurricane Gustav – and after taking a total of 5 direct or near-direct hits from hurricanes since 1992 – we've decided to keep big shade trees well-away from the house and barn; but we still want – really need – the shade. Around here, shade means less weeding. So over the past decade we've replaced storm-felled shade trees near the house with smaller, more ornamental tree and large-shrub species such as hawthorns, buttonbush (Cephalanthes occidentalis), swamp cyrilla (Cyrilla racemiflora), Mexican plum (Prunus mexicana), and the aforementioned rough-leaf dogwood.

our 'coulee bed' along the east side of the house is filling in nicely
with small trees, large shrubs, and stout perennials......

Early May weather is often calmer and more tranquil compared to that of March and April. Winds begin to die a bit, allowing bloom fragrances to float around our yard and porches. Ah yes, we love us some May.
Posted by bill fontenot at 10:51 AM 1 comment: Links to this post